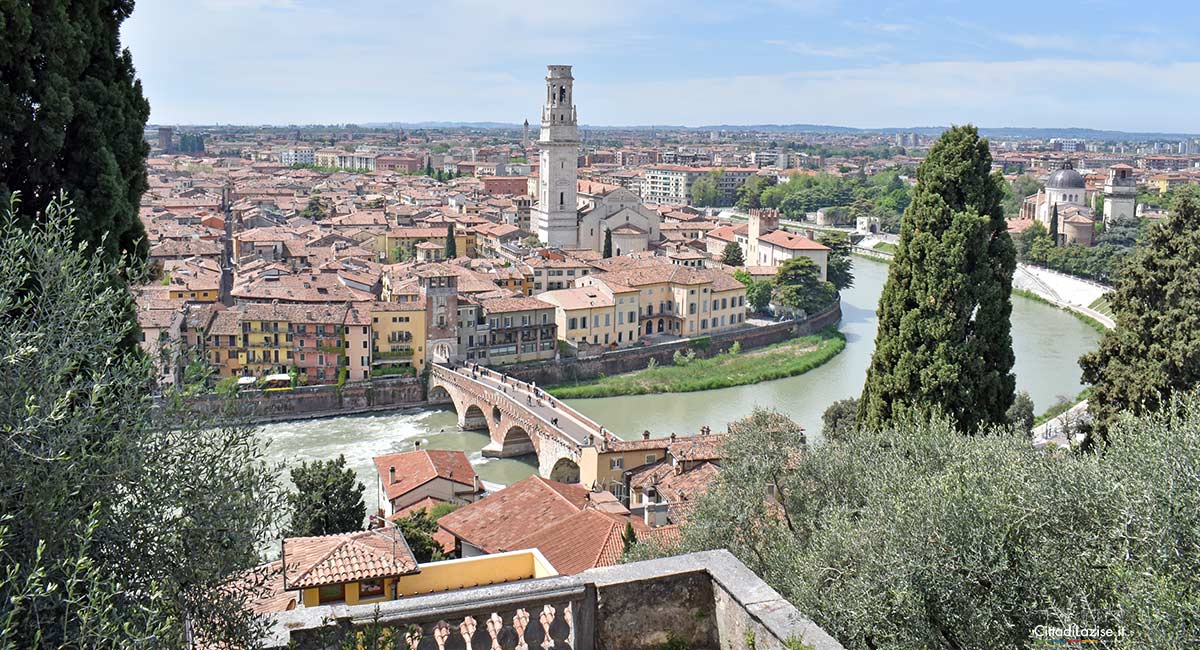 A visit to Verona

Some suggestions to help you choose what to see in Verona, in fact, in the small historical center there are a multitude of historical and artistic heritage of different ages.

Just stroll through the city streets to understand the richness, beauty and uniqueness that make Verona a small jewel, also recognized as a UNESCO World Heritage Site. In this article we propose a walking itinerary that will touch various sites of particular interest that you can choose according to your taste. Depending on the time available to you, we recommend choosing 4 or 5 sites so that you can enjoy them in their complexity with calm and tranquillity and give space to your mind to process memories (and maybe come back for a second visit in the future).
Our advice is to park outside the historic center and use public transport, as the parking lots in the center are exclusively for a fee (only on Sundays most of them are free). Due to its proximity to the motorway exit, we recommend the area of the stadium for the abundance of parking and public transport lines. From here you proceed by taking the line 11, 12 or 13 (city bus timetable) which will take you directly to the first leg of our route.

The itinerary ends here. Now go to the end of Via Giardino Giusti, turn right and walk along Via Giosuè Carducci to reach Ponte Nuovo. Crossing the river and going straight ahead you reach the garden of Piazza Indipendenza, with its beautiful monumental trees, which is located near Piazza Erbe.